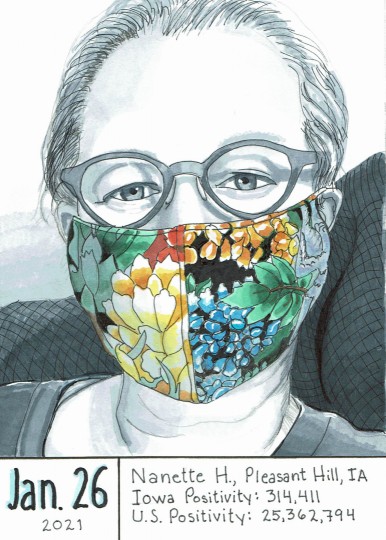 The last 18 months have been an emotional roller coaster; a period like we haven't seen in in our lifetime. I've experienced fear, anger, depression, helplessness, contempt - grief. All because of a virus called "Covid".

Instead of rallying the American public, we have allowed our state and federal governments to make it a political podium for party agendas, while holding the American people hostage. An inept buffoon in the White House suggested bleach as a possible cure. NO, IT WASN'T A JOKE. BLEACH? REALLY? No plan of action in was in place nor proven to be forthcoming.

It has been a time of introspection, reevaluation of who I am, where I've been & where I'm going - who and what really counts in my life and what needs to be put aside. Despite my disgust with our representatives in power, I HAVE, after observing the empathy and generosity of my family, friends, and all of our unsung heroes, HOPE. Hope that we all reevaluate what has happend and resolve to not allow it to happen again.